STEVE JOBS: HOW TO NOT FIT IN & STAND OUT

India Accelerator > MENTORSHIP > STEVE JOBS: HOW TO NOT FIT IN & STAND OUT

This millennia stands witness to innumerable changes but in our opinion, nothing propelled the cause of our progress like an apple. The first landed on Isaac Newton, paving way for the theory of ‘gravity’, thereby shaping the perspective of future generations on interpreting science. The other ‘Apple’ was unveiled by yet another great mind of our generation – a technical innovation, a sign of progress, and a style statement, all refracting into a billion dollar machine that was set into motion in the 1980s.

Since then, nothing has been the same. Behind the company that now dominates the entire industry, there were two men: Steve Jobs and Steve Wozniak. Very much like Neil Armstrong – the first man who stepped on the moon, and Buzz Aldrin, who followed next – it was Jobs who adapted to time and walked the walk while Wozniak, though still prominent as a pop culture icon, faded out. It was Jobs’ determination and an uncompromising attitude, that portrayed him as a proud, haughty, and arrogant personality in the public eye – but nothing managed to tarnish his genius, thereby placing him on the pedestal of legends.

Jobs’ career was not stranger to the fact that every successful business person begins his/her career as an entrepreneur. The combined genius of Jobs and Wozniak sparked in a garage, leading to the birth of APPLE. Out-of-the-box ideas are often classified as crazy, leading them to being shunned down. Steve Jobs vision too faced backlash – often stemming out of ignorance and sometimes out of pure logic. Demotivating enough to drown the hopes of a budding entrepreneur, did such instances catch Jobs at his worse? No. He always came back with something much better than his last innovation, something ingenious that cannot go unnoticed.

Apple I rooted Jobs presence in the commercial market, Apple II bestowed him the fame that he deserved, Apple Lisa made him acquainted with the much needed failure that pushed him to introduce the market to the game-changing impact of Macintosh. Since then, Apple hasn’t looked back – from iMacs & iPods to iPhones to iPads, the domineering effect of the brand’s products cannot go amiss.

A plethora of lessons can be learnt from Steve Jobs – the entrepreneur / startup mentor behind the mammoth enterprise that’s definitive of our time. Already familiar with Jobs mantra of discarding the negative and focusing on the positive, let’s become acquainted with three essential beliefs of the iconic innovator that might come in handy for budding entrepreneurs, aspiring them to accomplish their dreams, thereby making their persistent toil worthwhile.

Neither Left nor Right but Both

Popular theories indicate that our left-brain favours analytical and methodical thinking, while the right-brain fuels our creativity. One-too-many geniuses have either relied on the left aspect or the right one, but it was Jobs’ love for art and music that added a subtle touch of beauty to APPLE products. In order to flourish, every business needs to cast an emotional connect and Jobs’ thought process that originated out of both the left as well as right brain is vocal of the same.

Not everything is possible, but if one is surrounded by fine individuals who share the same vision, then most of the aspirations can be conjured into reality. Jobs was finicky as hell – he hired and fired, but with time, his environment comprised of a team that believed in the innovation he was aiming for. From Steve Wozniak to John Lasseter and Tim Cook – all played a pivotal role in moulding APPLE into a legacy. While, Jobs believed that most people are replaceable, designer JonyIve was someone even he couldn’t do without. In short, a successful entrepreneur is the sum of the people around.

While many entrepreneurs focus on why a particular idea might not work, Jobs’ risk-taking attitude took into account why an idea might work. Even if that idea was going against the market-flow, if it stood a chance, Jobs & Co. didn’t think twice before rolling it out in the open. Calculated risks come with a fallacy – they might fail, but failure that aids in development by making you learn the nuances of the trade, are worth it.

A visionary, a pioneer, and a rebel with a cause, Steve Jobs was a dropout and a hippie, who didn’t just have a vision but also the guts to transform the electronics industry for good. His life is nothing short of being a study for budding startup accelerator programs. He simplified the complicated by thinking different and doing what he loved to do the most – CREATE. “What doesn’t kill me makes me stronger”- Friedrich Nietzsche THE FUTURE OF MAKING MONEY 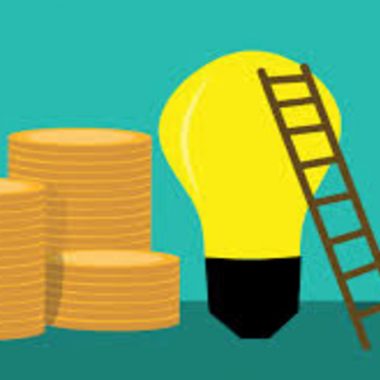 Chaos is a ladder The Future of Work – Remote is the new normal!