The young entrepreneur fights against the big, bad world full of greedy investors & sharks, against the apathy of the Govt, the rich Corporates who can squash him anytime….he fights valiantly against the entire system, disrupts the entrenched old family businesses & ultimately beats the massive odds against him to emerge victorious. A classic David vs. Goliath story. An underdog who ends up as a hero – guys, take a bow!

What is there not to like in this rags-to-riches story! Except possibly one minor detail. What if the hero is really not a hero? What if there is a twist in the story and the one who everyone was rooting for was actually a wolf? What if the hero’s ethical practices have been questionable to put it gently?

Lately we have started hearing some horror stories about such rogue founders. In one instance, founder has stopped responding after raising a couple of million dollars. He just disappeared with the money! Splurging of investor money on parties, paying themselves obnoxious salaries, cheating employees & vendors, instances where founders have walked away from their words or commitments or legal agreements are just too many to list.

Good thing is that in our last many years, only a few of the most successful founders we know have been unethical. Unfortunately, now there is an increasing tribe of such founders – That territory seems to be growing. We have started to hear more stories which tells us that being amoral isn’t rare. What’s going on here? Are deceitful and success correlated?

A few years ago, Paul Graham talked about the importance of being nice. In a blog post titled “Mean People Fail,” Graham argues that founders who treat other people badly almost never succeed at the highest levels. It’s a great message to be putting out into a world that could use more kindness. But I am not getting into that. I would also not comment on the being nice and kind & being driven by a spirit of benevolence. Some say that nice guys finish last and jury is out on effectiveness of being nice. Mark Zuckerberg, Jeff Bezos, Bill Gates and the late Steve Jobs, – they aren’t quite well-known for being nice. So meanness and success possibly can go hand-in-hand. But being unethical is a different thing all-together. Would Elizabeth Holmes, Adam Neumann please raise their hand?

We meet a startup multiple times before we offer them a seat in our program. We like to believe that we can judge a founder but we don’t have an x-ray vision for character. So we are always ready for a surprise because such things unfold only when one starts working closely with a founder. In every cohort, we get a couple of such founders who are too clever for their own good & who will have no inhibitions in walking away from their commitments, walking away from legal agreements, walking away from doing the right thing. Invariably in almost all the cases, we have never seen that startup grow into a serious success. Never ever. Why is that?

I think there are several reasons. One is that being unethical makes you stupid. You get into unnecessary fights. I hate fights. You never do your best work in a fight. Startup in best of days is extremely difficult. It is critical to have the right DNA in your Startup. Otherwise it creates a bad rapport for the whole ecosystem. It is a dangerous thing for growth of the ecosystem. When startups start behaving this way, perception is made for other entrepreneurs. When the other startups and founders may simply be toiling to take their company to the heights they aspire, they might get burnt because of someone else’s misdeeds. This underscores the need to have a lot of self-awareness on the kind of business one is building, the level of ethics one is infusing in the company DNA, and the absolute need to have a working moral compass.

Founders need to understand that success doesn’t mean a zero-sum game. A clear learning over the past few years is that Startups don’t win by being unethical. They win by doing the right thing. Winning is always a function of the situation and the people involved. You win fights by thinking of & executing big ideas not by thinking of tricks that can rob their co-founders or investors or employees. The startup founders who end up richest are not the ones driven by conniving.

This decay of moral fabric has to be nipped right in the bud. As entrepreneurs, we need to be better. Unfortunately, it’s been quite a while since Google, lived up to this founding philosophy – ‘Don’t be evil’. They can afford to move away from this; as startup founders, we can’t. 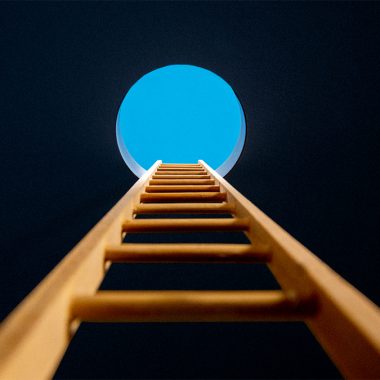