The first big avalanche of accelerators and incubators (A&I) hit India post-2008, wherein the likes of Microsoft, Morpheus, and Kyron set up camp for acceleration.

India’s A&I count has been steadily on the rise, thanks to the boundless proliferation of startups and a perpetual dearth of funding. Shakeout ensued, followed by the next big growth phase – as per the 2018 NASSCOM-Zinnov Report, the Indian startup ecosystem is “entering a new growth orbit” by gradually approaching escape velocity, both in terms of quality and quantity. As adroit A&Is keep pace, how are they contributing to the trajectory of escape velocity? Let’s try and paint a nuanced and comprehensive picture.

A combination of certain factors, including a sharp rise in unicorns, the rising trend of A&Is, a resurgence in investments, the adoption of state-of-the-art technologies, and an ever-increasing startup base, makes India the third largest startup ecosystem in the world. Post-2015, 35+ corporate accelerators have been set up in India, wherein the stakeholders are mindful of ground realities, among which, the absence of an effectual and perceptive mentor ecosystem is paramount. As per Paul Ravindranath G [PM, Google Launchpad Accelerator], a host of mentors are available for providing startup advice, however, most of them lack sufficient depth. Also, there lies the issue of startlingly high startup mortality rates and inadequate funding, wherein the latter only sports a 5-7% success rate!

Battling these demons, startups found out that the easiest and most fruitful route to success and escape velocity was graduating via an accelerator program. In 2013, Khadim Batti of Whatfix, a startup aiming to improve the adoption and usage of products for customers, went through an accelerator program in order to build requisite knowledge and an international network. Apart from landing on a resourceful investor, Whatfix was able to garner big recruits, and since then, has never looked back. Today, Whatfix has 100+ employees, 350+ customers [including Heineken, Flipkart, and Wipro] in over 40 countries, with 70% of its business abroad.

Such meaningful successful stories are becoming more commonplace now – startup accelerators, incubators, funding networks, and start mentorship program, are making all the difference between a faltering and a pioneering startup. A&Is have doubled their noble pursuits, setting up local units, growth-driven initiatives, and exchange program. Offering combinations of investment, mentorship, office space, lucrative networks, exposure to global trends, and much more, A&Is of all stripes are ushering Indian startups into an orbit of stability, scale, and sustainability.

However, getting through a worthwhile accelerator demands a rigorous selection process, with acceptance rates being as low as 2-3%. This is a testimony of qualitative analysis, wherein ideas and company vision trump all else, acting as a welcome change. Resultantly, internal shifts in the ecosystem abound – 40% of startups are B2B, and more startups are starting to adopt deep-tech originality as opposed to plagiarized/borrowed visions and ideas. For instance, Udaan, a B2B online marketplace set up by former Flipkart executives, has become the fastest Indian startup to reach unicorn status, with an estimated valuation of $1 billion. Success stories like that of Flipkart, help inspire a certain sense of confidence in aspiring entrepreneurs. With the rise of influential business role models and seasoned mentors, facilitated by the efforts of A&Is, India is gradually transforming into a landscape for profit, growth, and innovation.

To conclude, new experiments in the realm of accelerators are afoot. More accelerator programs in India are dedicating their time and resources to grooming and nurturing mid-level entrepreneurs, in order to transform the startup scenario. While it’s premature to predict how these events will pan out, it is for sure that the Indian startup ecosystem has matured, wherein more startups are approaching escape velocity. How long until the boom and bust cycle gets breached – only time will tell. 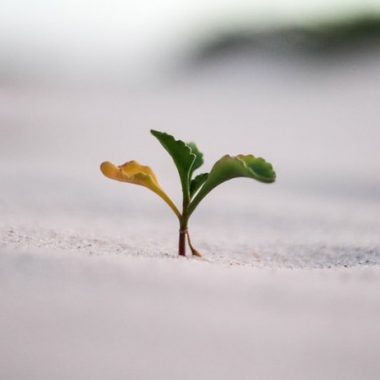 Impact Of Startups On Indian Economy